What Does Yoga Have to Do With Building Systems?

Unlike Yoga masters, buildings systems are inflexible, yet building conditions are highly dynamic.

There has been a wave of discussions about the recent article titled Wireless Ways on contractormag.com in LinkedIn forums. Questions are rapidly emerging about how and why new technologies are going to solve age-old problems in buildings. The question is, what problems are these technologies trying to solve, and why are they problems in the first place?

While there may be many problems, there is a common perception that building automation systems do not work as intended. Buildings are uncomfortable, and they are expensive to maintain and operate grossly inefficiently. This is an important problem given that we spend a large amount, if not the majority of our lives in these very environments, which also contribute to over 40% of global energy consumption according to the U.S. Department of Energy.

These problems stem from a rather simple starting point. Unlike Yoga masters, buildings systems are inflexible, yet building conditions are highly dynamic. Circumstances change as frequently as hourly, but as much so over their usable lives of 40+ years. That’s because current building systems are a bit like roads. Once you lay them, they don’t and can’t change very much without a major amount of investment and effort. And just like upgrading your local freeway, there is always going to be a major question as to who pays for the upgrade?

How does being inflexible lead to being uncomfortable, expensive and inefficient? Building systems are made up of programs that tell equipment to turn on and off based on inputs from sensors, schedules set in software and control loops programmed in logic controllers. These programs are based on assumptions about the building occupancy, about its uses, about outside weather conditions, engineering standards and best practices and the expected operational behavior of the equipment providing lighting, heating and cooling services. Assumptions that are defined when the building is first built. Those assumptions are then coded into controllers statically; the same way roads are planned around the communities they serve. 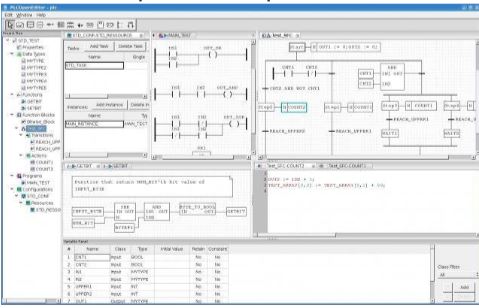 Programming building controllers is difficult to change after the building is constructed, making them hard to adapt

But what happens when the neighborhood changes? Just like that new residential development clogs your freeway offramp at rush hour, a lot has probably changed since your building was designed 30+ years ago. First, everyone got computers, and there were open floor plans, endless stand-up conference room meetings, a surge in equal opportunity changed the workforce, LED lighting, hoteling and dare way say climate change. Yet, very little has changed about the way building systems are designed, engineered, installed and operated.

Why has so little changed about the way building systems are designed and engineered, installed and operated? Is it because of technology, or something else? These are the precise questions that our recent discussion on how technology, specifically wireless technology and open software systems are going to generate a sea change in the building industry in the very near future.

Let’s leave this one aside and go back to the original question for a minute. If the reason for these hugely underperforming assets is an issue of inflexibility, the inability to adapt to new and changing conditions, the same way streets are not very adaptable to new developments in your local neighborhood, can current technology solve this? Turning back the clock to one of my favorite childhood cartoons, the Jetsons, we can see a clear illustration of how technology will solve this issue of building system flexibility. In the Jetsons everyone has a flying car. It doesn’t matter how high your residence is or where you work in relation to where you live. Traffic can be rerouted along any infinite number of skyways. You can go anywhere and get anywhere at any time. With wireless technology, the clear answer is yes! 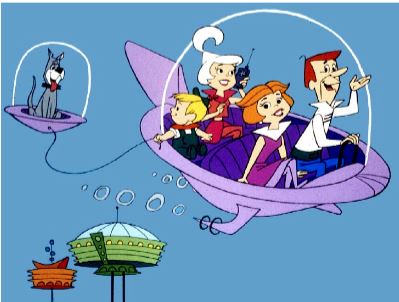 This is almost a perfect analogy in the sense that the data needed by building control systems, from sensor readings to controller instructions is like your car (be it a flying one or a conventional one). In today’s buildings you are stuck on today’s roads. On the ground on a road that can’t be changed. You have a finite number of on-ramps and off-ramps to go between neighborhoods and there most certainly isn’t a direct line between point A and B, leading to congestion, slow traffic and a limited number of places you could go at any given moment. 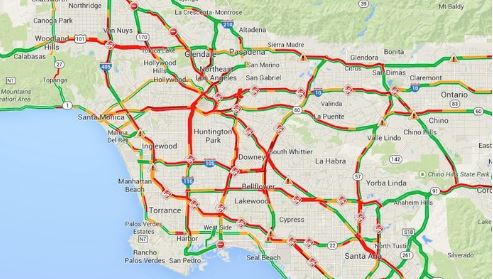 Inflexible, wired building networks are like inflexible transportation systems that can’t keep up with change.

You will be much more likely to shop at your neighborhood market or eat in a nearby restaurant, than drive halfway across town to that hot new gastropub. This is like the Programmable Controller (PLC) with wired sensor inputs. You will take the available options that are nearby, even if they are not the best options to do the job. Worse, if you wanted to build a new development, you would have to build it next to an existing offramp. Even if that offramp is only available in a less than desirable neighborhood. In other words, adding new sensors to existing wired controllers is extremely challenging, and the result will be less than desirable since inputs are likely to be located someplace irrelevant, or end up blowing out ROI from the high cost of install labor to run wires.

In the Jetsons version you have a flying car and there is no restriction. You could build a new development ANYWHERE. Because the transportation system is not fixed there is no limits to what can be added in the future. Traffic moves quickly and smoothly, all the time. You can get places much faster than before. You could eat from whatever restaurant or buy from whatever market you want, whenever you want, with minimal added inconvenience. This is the wireless way, where adding new sensors can be done at any time, any place and with almost no installation labor cost. The result is a flexible building. Even better, is an infinite number of software applications, everything from tenant engagement, fault detection, maintenance, security, energy management, interactive grid systems and more that can be plugged in at will.

With this new model is no more need to lock in a vertical software platform that might also not adapt with the building over time as software and hardware systems are separated completely and no longer interdependent. There are currently quite a few hardware agnostic building management platforms with API integrations enabling this model such as: Swarm Neuro’s Sentinll from the U.K., Envio Systems in Germany, Synchronoss Technologies in the U.S. and SenSING from Singapore.

This scenario clearly describes the difference between existing wired networks and the current discussion around Wireless Ways. Wired networks, no matter whether they open communication protocols like I.P. or BACnet, are still just like your regular roads. Wireless networks on the other hand are like the flying cars of the Jetsons, the data is free to go wherever it needs, grow and expand. The adoption of wireless inputs and outputs which can be changed over time and do not require individual programming, but can be programmed and controlled remotely from centralized software. This answers the core problem and makes your building as flexible as Babba Yogi.

Read Part 2 – “Removing the Umbilical Cord between Controllers and Sensors”

Phillip Kopp is a technology co-founder who fell into the world of building automation and energy efficiency over 20 years ago starting the first totally wireless RF sensor company for hotel guestroom automation, sold to the Somfy Group in 2009. He has since built or sold three other companies in financial technology and SaaS and has contributed to over 15 US Patents. Phillip is currently the CEO of Conectric Networks, whose goal is to install billions of wireless sensors into buildings, AI enabling to develop a massive virtual grid. Reducing 20% of global energy consumption and paving the way to a safer, more productive and healthier future.